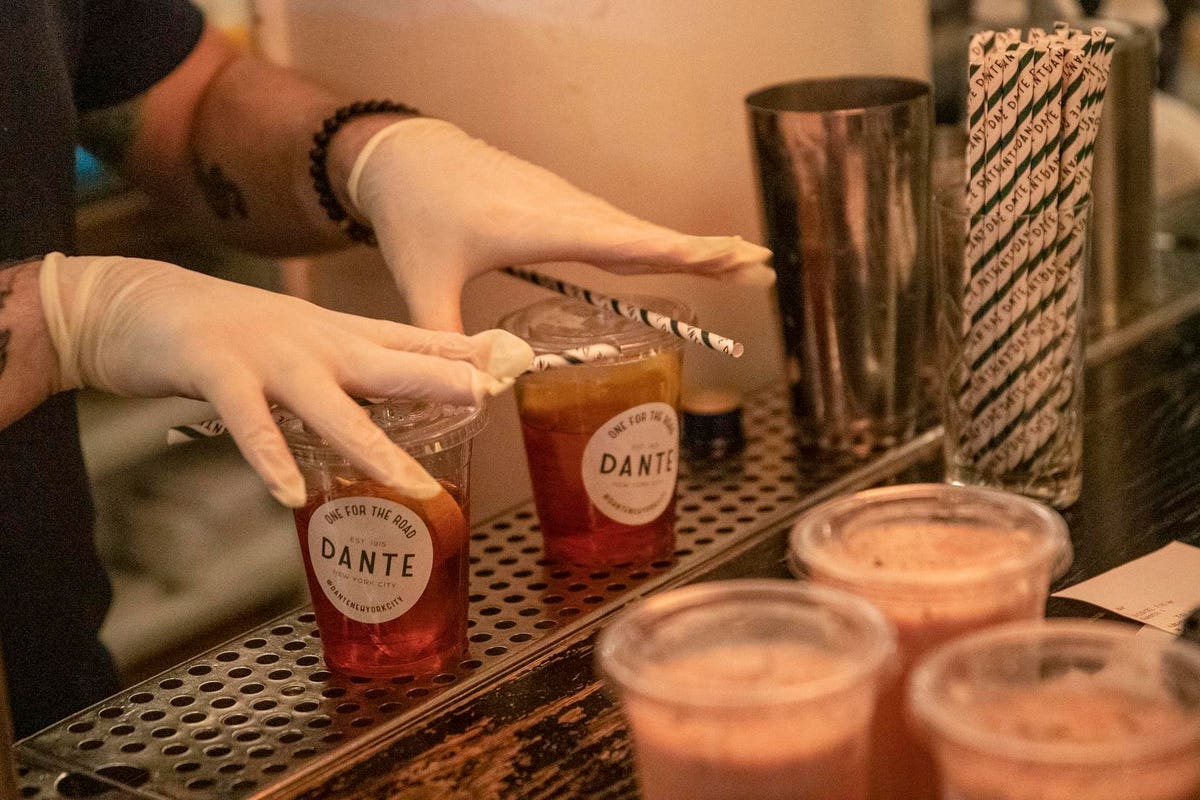 Last week Governor Kathy Hochul of New York announced a plan to reinstate the state’s “Drinks-to-Go” initiative. Launched in 2020 amid pandemic lockdowns, the program afforded a financial lifeline to bars and restaurants struggling to stay afloat. With Omicron in full swing, many of those same small businesses are again facing financial hardships. Reinstatement would allow them to again be able to sell adult beverages for takeaway—a revenue stream that was shut off when lawmakers allowed the provision to lapse in June of 2021.

But it is by no means a done deal. Despite what many headlines are now reading, you cannot go into a Manhattan bar and have your cocktail to go. Hochul’s message was merely a signal of her intent to bring the program back. And it is by no means a foregone conclusion. It is merely a step in the right direction, according to prominent voices in the spirits sector.

“This is great news for New York’s hard-hit hospitality industry,” says Lisa Hawkins, senior vice president of public affairs for the Distilled Spirits Council of the United States. “Restaurants have a very challenging road ahead with the lingering pandemic and staffing shortages. We commend Governor Hochul for her support of cocktails to-go.”

Indeed, the majority of New Yorkers would seem to share that sentiment. Polling from the New York State Restaurant Association shows that nearly 80% of residents are in favor of takeaway tipples. And given that the program thrived without any notable drawbacks or issues of public safety, there is a movement to make it permanent, one that Hochul has now indicated she is willing to support. “It will provide these businesses with a stable revenue source as they slowly bounce back,” adds Hawkins.

Assemblymember Patricia Fahy, is co-sponsor of a bill to do just that…As it reads verbatim:

Additionally, Hochul intends to file legislation making cocktails-to-go permanent as part of a package for consideration by the Senate and Assembly. Either way, she’ll need a majority approval from both those houses before she can sign anything into law. And before that can happen, to-go cocktails will face steep opposition from a powerful lobbying force—the same opposition that reportedly killed cocktails to-go back in 2021: the liquor store industry.

The Metro Package Store Association lobbies on behalf of New York’s wine and spirits shops and has been quick to sound alarm bells over the proposed bill. In a fundraising email, the group states that a permanent extension of to-go sales will “devastate our liquor stores, create a public health crisis, increase DWI incidents and underage sales and upset the on- and off-premise system of distribution and sale of alcohol.”

Assemblymember Fahy concedes that passage of the bill might be an uphill battle. “It’s a bill that’s had a lot of resistance,” she said in an interview with Gothamist late last month. She goes on to acknowledge that the liquor store industry has a “lot more power” than she realized.

While her optimism is decidedly cautious, the spirits industry at large holds out hope that these trying times can result in a greater degree of cooperation across the three-tier system. “We think the package stores opposition is very unfortunate,” says Hawkins. “We believe everyone should be working together to help restaurants, bars and taverns recover after what they have endured.”

And unless that happens, we might have already seen last call for to-go cocktails in the Empire State.

Current Foods Raises $18 Million To Accelerate The Expansion Of The ‘Beyond Meat Of Seafood’ Across B2B And Retail
BOLLYWOOD DANCE LESSONS
Americans to set road trip record for July 4 despite sky-high gas prices, AAA predicts
I Removed My Engine, There’s No Turning Back! – Electric Camper Build Ep 2
I LIVED HOMELESS IN THIS BUSH! – World Flight Episode 57