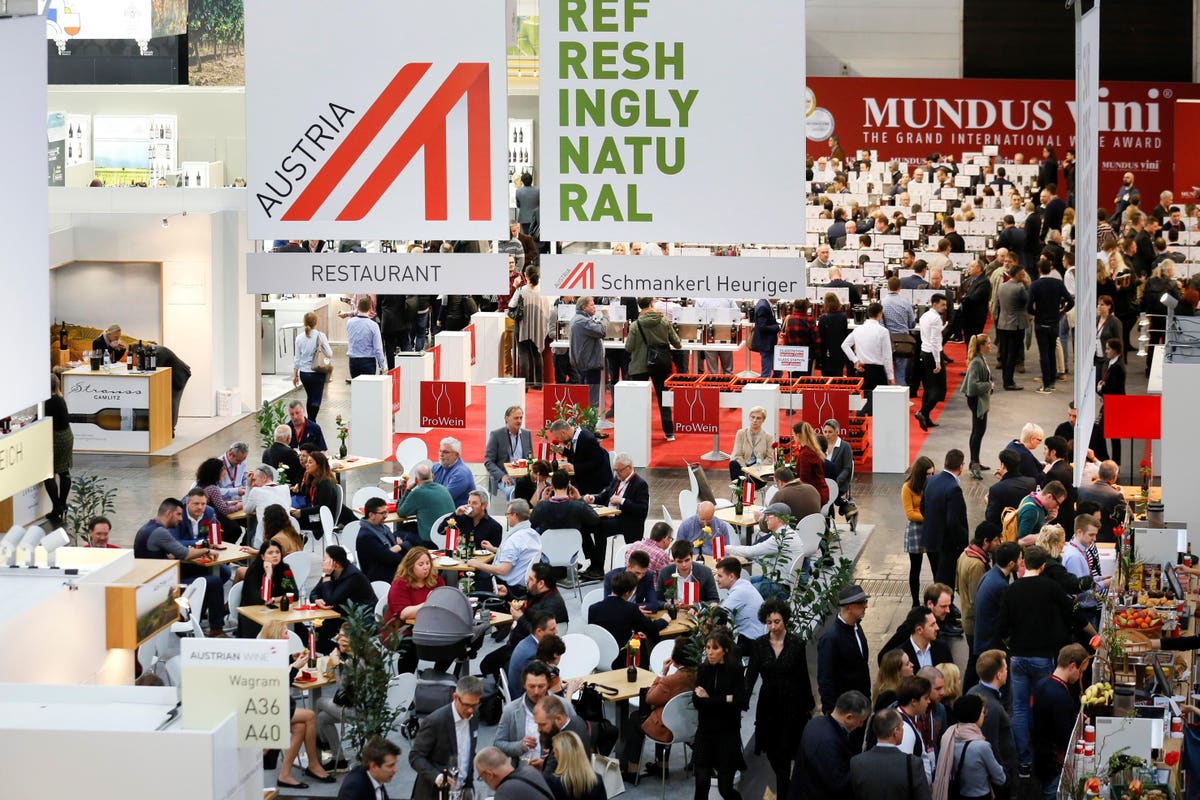 Let me start with a few statements to set the stage of the wine business’ most recent dust-up.

Trade fairs for the global wine and spirits industry are big business, both in their own right for the organizers and as locations for the facilitation of business for vendors and participants. Each trade fair has their own personality, so to speak, from Vinitaly in Verona to the London Wine Fair to ProWein in Düsseldorf, Germany. Trade fairs punctuate the wine industry’s annual calendar, and professionals in various roles (buyer, winemaker, media, sales directors, etc) typically orient their travel schedules according to predictable dates that have been “set,” give or take a week or so, for many years.

COVID disrupted what had been “typical” and “predictable” about trade fairs for the wine industry. Over the past two years, some fairs were completely cancelled, others shifted to an online iteration, and others incorporated various hybrid techniques in efforts to say on the radar and relevant for vendors and participants.

Those disruptions led to the announcement recently that ProWein, which operates under the Messe Düsseldorf GmbH umbrella of trade fairs, rescheduled this year’s wine-focused fair from March 27 to 29 (their traditional calendar slot) to May 15 to 17, which created a head-on conflict of schedules with the London Wine Fair in the UK. Organizers of the London fair have since announced their own rescheduling to June 7 to 9, which will directly follow Platinum Jubilee celebrations in that city.

There is, admittedly, a lot to be read between the lines of these statements, including some uncomfortable questions. Why would ProWein pick the exact dates of the London Wine Fair to reschedule their event? How is it possible that May 15 to 17 was the only possible date to reschedule ProWein? The reaction of the media in the UK to the news indicates that they were blindsided by ProWein’s announcement. Given the economic implications of both fairs, isn’t the scheduling conflict something that would have been discussed beforehand? Finally, is it even a good idea to be holding large-scale, in-person events right now?

I asked these, and other, questions directly to Bastian Mingers, Global Head of Wine & Spirits at Messe Düsseldorf and the person very much in the hot seat of the scheduling conflict. I sensed that there was more to the story that wasn’t being said. Judge for yourself. Below you’ll find excerpts from our conversation on the main questions I highlighted above, with further details to come in a follow-up post.

Q: How is it possible that May 15 to 17 was the only available date to reschedule ProWein?

Mingers: March is the perfect date for ProWein. It’s early enough in the year [in terms of the timing of high-vegetation activity in the vineyard, when producers want to be close to home], and it’s late enough to manage the new vintage. We learned from the first COVID wave in 2020 that June would be too late if we had to reschedule, and there’s no real sense in doing a wine show later than mid-May. We chose the dates [in May, for rescheduling] because it was the only possible situation where we had the space at the trade fairground, and taking into consideration what’s happening in the industry and vineyards.

In addition, in Germany we’re expecting the peak of the omicron wave at the middle to the end of February. That is exactly when people make decisions to travel and attend the trade show, especially international guests on the buyer side. If you have to decide during such a high-peak situation to go to that region [in March, as previously scheduled], people decide not to go. With the March date, people hesitate to buy tickets. With the May date, we’re expecting even more buyers to travel to Düsseldorf for the fair.

To note: Messe Düsseldorf hosts some 40 trade shows each year, for industries as varied as beauty, wires and cable. ProWein is just one of the shows they organize at the fairgrounds. Some shows require three weeks for set up, and a week and a half to tear down. They are major operations that, though it’s tempting to consider when looking at an open four-day window in the calendar, are not possible to execute logistically within such a condensed amount of time.

Topics to start Part Two of this interview: Communicating (or not) with the organizers of the London Wine Fair, and safety concerns in the time of omicron. Please stay tuned for the follow up.

I LIVED HOMELESS IN THIS BUSH! – World Flight Episode 57
How to spend a weekend in Vienna
Frozen sand dunes created by climate change
French court confirms ban on ‘burkinis’ in city’s swimming pools
The airplane seat with headphones installed into the headrest