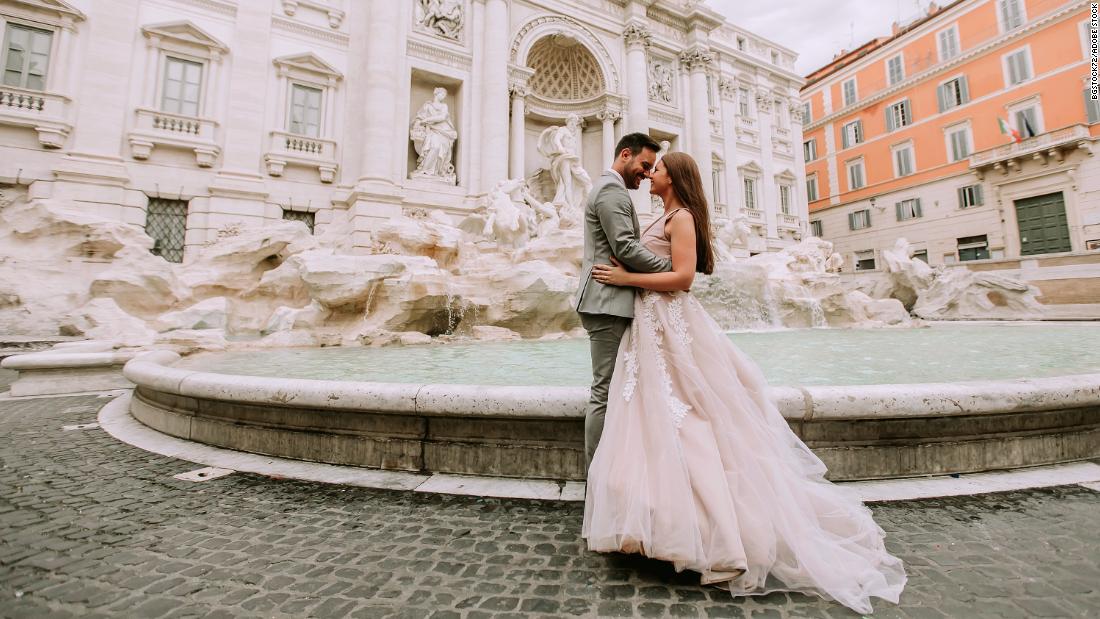 Step forward Lazio, Italy’s capital region. A new campaign designed to drum up economy-stimulating weddings post-pandemic is offering grants to couples getting married in the region, of up to €2,000 ($2,200) per couple.

The campaign, Nel Lazio Con Amore (In Lazio with Love), has earmarked €10 million ($11 million) of Covid recovery funds to go to couples planning weddings or civil unions to take place in Lazio in 2022. If your claim is successful, you can use your grant towards expenses like flowers, outfits or rings for the spouses, on-the-day services such as hair and makeup, photos, as well as to major things like venue hire or catering (the latter carries a maximum of €700, or $770).

Got all that covered? You can even put a maximum of €700 towards a honeymoon. The only catch with all these categories: the money must be spent with Lazio-based firms.

So where are you thinking? There’s Rome, of course — where better to commit for life than in the Eternal City? That’s what Cat Deeley and Patrick Kielty did.

Lake Bracciano, just north of Rome, was good enough for Tom Cruise and Katie Holmes, though Lake Bolsena, further north, is better known. If you’re wanting a tiny, photogenic village, there’s Civita di Bagnoregio, so beautiful that it gets away with charging visitors an entry fee.

Get married near an Etruscan necropolis at Cerveteri if you’re of a gothic bent.

For those of a slightly gothic bent, you could pledge your troth at Cerveteri or Tarquinia — both known for their especially joyful Etruscan (pre-Roman) tombs.

Or if you’re after something catholic, you can’t do better than former city of popes, Viterbo.

Small print? Of course, but it’s not bad. All the payments have to have been made between 14 December 2021 and 31 January 2023, and they must be in-person, traceable payments, not done online. You must present a “fattura” (tax-official invoice) that specifies it’s for wedding services, as well as proof of payment. You can, of course, spend more than €2,000 — but that’s the maximum you’ll get back.

Viterbo, also in Lazio, is a former papal city.

Applications are welcome from foreigners as well as Italians, though they don’t make it easy — the website and application form are both in Italian. You’ll have to upload your forms on the website but hurry — once the €10 million have been doled out, you’re out of luck. Auguri!

What sitting in economy on Qantas’ 20-hour flights will be like
E-scooters were supposed to fix travel in Rome. Then they became ‘death traps’
You’ll be charged to visit Europe from 2023
Peter Pan Makes The Best Doughnuts In Brooklyn | Legendary Eats
The Lake District’s ultimate family-friendly hotel just got even better