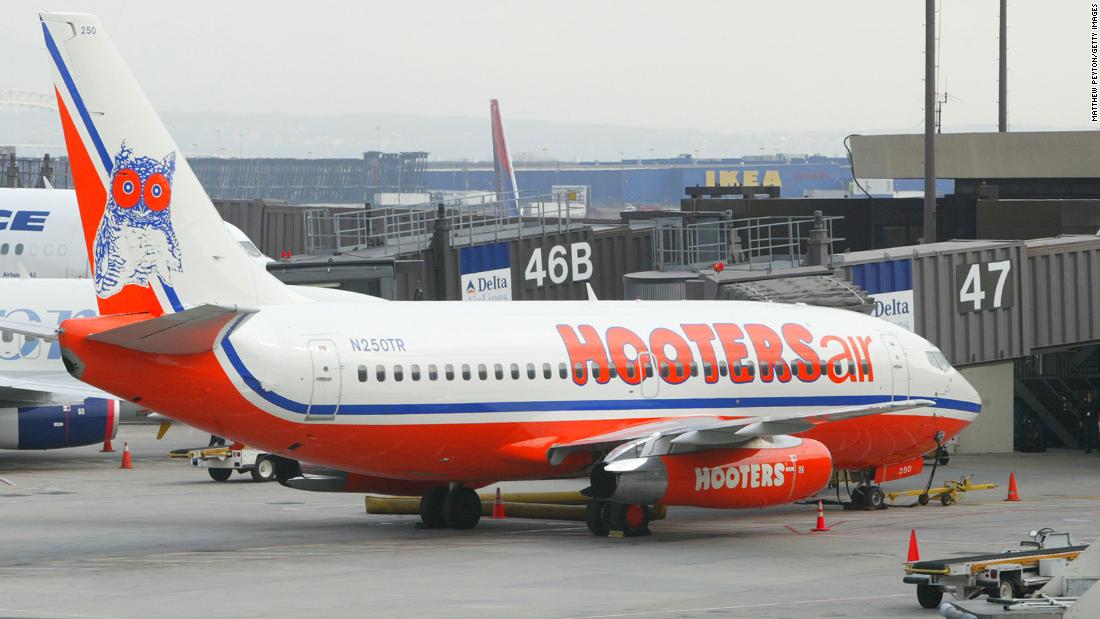 (CNN) — In the late 1970s, the US government deregulated the airline industry, removing federal control over fares, routes and the entry of new airlines into the market.

As a result, a flurry of new airlines appeared from the 1980s onward, and some of them were particularly unusual. Let’s take a look.

Founded in 2009 in Delray Beach, Florida, Pet Airways was an airline exclusively dedicated to pets such as cats and dogs — or pawsengers, as they called them.

They flew, without their owners, in the main cabin of specially adapted aircraft in which the seats had been replaced with carriers.

Each aircraft could carry about 50 pets, with “Pet Attendants” checking on them every 15 minutes. Before taking off, the animals were given a pre-flight walk and a bathroom break in specially designed airport lounges.

The idea was that concerned pet owners would rather go to the length of flying their pets through a dedicated airline rather than having them on board their own flight in the cargo hold, a practice the Pet Airways website described as “dangerous,” citing extreme temperature variations and lack of proper lighting.

The airline operated for about two years, serving a dozen US cities including New York, LA, Denver, Chicago and Atlanta. Fares started at $150 and could go as high as $1,200 depending on the size of the animal.

In 2012, the airline ran into financial trouble and started canceling flights, before ceasing operations completely the following year, after having ferried about 9,000 pets.

However, its website is still active, and a message states “Flights to Commence, Post Covid, Hopefully Mid-2022,” suggesting there might be a second life on the horizon for the pet airline.

Spin off: “Hooters girl” Hillary Vinson, front, attends to passengers on a 2003 flight.

In 2002, Robert Brooks, chairman of the restaurant chain Hooters, acquired Pace Airlines, a charter carrier with a fleet of eight aircraft, mostly Boeing 737s. The next year he turned it into Hooters Air, an airline designed after the restaurant chain.

Its distinction was, other than the bright orange livery design featuring a googly-eyed owl, that two so-called “Hooters girls” were on board, mingling with passengers and hosting trivia games with gadget prizes — wearing the same tank-top-and-orange-shorts “uniform” popularized by the restaurants.

They did not serve food or handle on board duties, however, as these were carried out by three FAA certified flight attendants.

The airline was based in Myrtle Beach, South Carolina, a vacation hotspot known for its golf courses and seaside resorts, which had lost direct airline traffic in the general restructuring of commercial aviation following 9/11.

Due to its budget pricing and direct connections to cities such as Atlanta, Newark and Baltimore, Hooters Air attracted passengers of all kinds — mostly golfers and tourists, but families as well.

However, it was never successful enough to make money, and ceased operations in early 2006, due to the rise in fuel prices following hurricanes Katrina and Rita.

A wing and a prayer: The Lord’s Airline plane at Miami International Airport in August 1988.

Strictly no alcohol on board, Bibles and Torahs instead of in-flight magazines, only religious movies on show, and a quarter of the fares devoted to finance missionary work: these were the unique features of The Lord’s Airline, founded by New Jersey businessman Ari Marshall in 1985, when he purchased an old DC-8 that was meant to be the airline’s lone aircraft.

The plan was to have three weekly flights from Miami to Ben Gurion Airport in Israel, offering a direct route to Jerusalem, about 30 miles away.

At the time, religious pilgrims looking to reach the Holy Land had to catch a connecting flight to New York. “The Russians have their airline. The British have one. So does Playboy. So why shouldn’t the Lord have an airline all his own?” Marshall said in 1986, according to The Associated Press.

By 1987, however, the airline had failed to qualify for an FAA license because of unfinished modifications and maintenance works on the aircraft. Investors became nervous and removed Marshall, installing a new board of directors to move things along.

The new chairman, Theodore Lyszczasz, did not see eye to eye with Marshall and the two started bickering in the press.

Eventually, Lyszczasz and his brother showed up at Marshall’s house demanding corporate records, which resulted, according to newspaper reports, in a scuffle and Marshall suing them for trespassing. They were acquitted, but the Lord’s Airline eventually perished and the aircraft ended up being scrapped.

Smoke and mirrors: A model of a ‘Smintair’ plane. The real version never materialized.

The FAA banned smoking on all domestic flights in the US in 1990, but William Walts and George Richardson, two entrepreneurs from Florida’s Brevard County, weren’t happy about it. In early 1993 they decided to circumvent the rule by establishing an airline based on a private club. It required a $25 membership fee and was only open to people over 21.

The airline was meant to be based at the Space Coast Regional airport in Titusville, Florida, and the plan was to offer steaks and burgers on board with a side of free cigarettes.

Almost a year after it was announced, however, the airline still had no license nor a plane, and although the founders reportedly claimed to have raked in over 5,000 memberships, regulators denied Smokers Express a license to operate, making it disappear in a puff of smoke without ever taking off.
In 2006, the idea was revamped by German entrepreneur Alexander Schoppmann, who declared the intention to start Smoker’s International Airways, or SmintAir for short.

Schoppmann, who smoked 30 cigarettes a day, wanted to launch a daily service between Tokyo and Dusseldorf, his hometown, home to a large number of Japanese expats and the European offices of hundreds of Japanese companies.

Both countries still had significant numbers of smokers at the time. However, SmintAir suffered the same fate as Smokers Express: it failed to raise the capital required to start operations and never took to the air.

Inaugurated in 1987, MGM Grand Air was a first-class only, superluxury airline that initially covered a single route — LAX to JFK — using Boeing 727 and Douglas DC-8 aircraft in lavish configurations: the rule was to no flight could have more than 33 passengers, although the planes could carry 100 or more in standard setups.

The airline promised no queues, no check-ins and no waiting for luggage — porters whisked bags onto the plane and returned them at the destination — and even offered an optional door-to-door limousine service. Special lounges at both airports offered luxury amenities and a concierge service.

On board, there were five flight attendants and a stand up bar, as well as private compartments for meetings. A full meal service with fine wine and champagne was always available and the restroom had golden faucets and monogrammed soap. All of this was offered at just more than the cost as a first class ticket on other airlines.

Initially popular with celebrities and the very wealthy, MGM Grand Air eventually opened more routes, but was struggling to fill up all of the 33 seats on its planes.

Operations slowed down in the 1990s, as private jets became more widespread, and in 1995 the airline was sold and changed its name to Champion Air, offering chartered flights to sports teams and government agencies. It eventually shut down completely in 2008.

CDC lowers the Covid-19 travel risk for 2 nations in Europe
Chick-Fil-A Is Testing An Express Drive-Thru Lane That ‘Significantly’ Speeds Up Orders
Food And Beverage Inflation, Antici-Flation, Shrink-Flation: Who’s Winning And Losing?
How to spend a weekend in Vienna
Frozen sand dunes created by climate change